It is absolutely imperative for leaders in every sphere to align with the Throne of God.

There is a biblical key that is vital to understand in considering our role as leaders.

YHWH said unto my Lord, Sit thou at my right hand, until I make thine enemies thy footstool. YHWH shall send the rod of thy strength out of Zion: rule thou in the midst of thine enemies. Thy people shall be willing in the day of thy power, in the beauties of holiness from the womb of the morning: thou hast the dew of thy youth. YHWH hath sworn, and will not repent, Thou art a priest for ever after the order of Melchizedek. The Lord at thy right hand shall strike through kings in the day of his wrath. He shall judge among the heathen, he shall fill the places with the dead bodies; he shall wound the heads over many countries. He shall drink of the brook in the way: therefore shall he lift up the head. PSALM 110

In this psalm we have a vision of Someone sitting at the right hand of YHWH. David refers to this Person as “my lord.”

This means that David’s concept of authority was thus: YHWH God on His Throne ruling over all, with this Person at His right hand. This shows us that authentic authority is delegated authority. To be a leader you must align your leadership role and authority with the command structure revealed in the Word of God.

It was this Person at YHWH’s right hand Who who was David’s immediate Lord and Master. David sat on the Throne as King of Israel but he personally answered to the Person at God’s right hand. Now, of course we know from the New Testament writings that this Person was Jesus. David was either seeing by revelation a vision of heaven where the pre-incarnate Word of God sat at the right hand of the Father – that Word later becoming incarnate as Jesus Christ – or he was seeing a future vision of Christ ascended and glorified at God’s right hand after Christ’s crucifixion and resurrection.

Either way or both ways, what is important is that David acknowledged this Person to be his own Lord. Jesus himself reminded the religious leaders that David referred to Him as Lord (Mark 12:35-37), even though the Messiah was known as the Son of David. Jesus actually challenged them by asking how could this be?

The answer is very simple: God gave David – who lived 1,000 years before Jesus walked the earth – a revelation of Jesus’ Lordship and His place as God’s Son at the right hand of the Majesty on high.

For our study purposes we could say this: God gave David a game-changing view of how true authority is aligned from the Godhead downwards!

Here, in essence, is how it works:

God the Father rules on His heavenly Throne as the ultimate authority – the Most High.

This authority is delegated through the 2nd Person of the Godhead, Jesus the Son, Who is seated at the Father’s right hand.

Those, like David, who are in leadership positions on earth, should conduct their roles in accordance with this chain of command.

Of course, you can be a leader or even a national ruler and ignore this chain of command, doing things your own way but that only means three things: 1) You are a fool. 2) You are bound to fail and lead in futility. 3) You are rebelling against the true authority of the cosmos.

This vision that David was given in the 110th Psalm is the divine blueprint or template that we are to follow in our own leadership roles. We are answerable to the Godhead and must align ourselves with this chain of command. Also, we acknowledge as leaders the Lordship of Jesus Christ and respect the leadership and authority position of the right hand of God.

This necessitates a spiritual approach to things and an acceptance of metaphysical realities. People who are used to the supernatural will have no difficulty with this but those who are not will have to plunge in headlong! Accepting these spiritual realities is essential for effective leadership. No-one can govern or lead adequately by ignoring God and His Son. All genuine leadership is God-honouring and Christ-centred.

The fact is that conducting our societies and living our lives in defiant ignorance of spiritual realities is not serving us well. We are witnessing many disturbing trends in our so-called civilisation that are the direct result of shunning God and His right to tell us how to think, behave and speak. The leaderless condition of humanity is not about there being no-one willing to lead; it is because there are not enough leaders with a shepherding heart.

The bottom line is that God is The Boss and trying to live by ignoring Him is not only hurtful to us; it is extremely dangerous to future generations and to the planet itself. You could argue that the worst thing God can do to us is leave us to our own devices. Thankfully and mercifully, He doesn’t. That is where YOU come in in your training to be leaders.

In fact, you could easily say that the Bible – God’s Word to man – is with us for the very purpose of teaching us how to avoid making the mistakes made by people like Nebuchadnezzar, who wrongly and pridefully attributed his own wealth and power to his own greatness and ability. Nebuchadnezzar learned the lesson – in his case at the cost of great personal pain and sorrow – that the Most High rules in the kingdom of men.

We have God’s Word to teach us how to align with God’s purpose for us. This purpose incorporates a recognition on our part that Jesus Christ is Lord of the cosmos and a response that befits this recognition. In short, this response is to say personally: “Jesus Christ is MY Lord. He is my Master and I choose to answer to Him.”

The first thing to notice here is that David had a lord. David knew his place, in other words. He recognized that he himself was a man under authority. No man is fit to rule who is not himself under orders from a higher power. Delegated authority is genuine authority; usurped authority is satanic.

The second and most striking thing to notice is that David distinguished his lord from YHWH. In short, David had a prophetic glimpse of the relationship of the Triune Godhead. You must acknowledge that there is a hierarchy in leadership and that ultimately we are all under the headship of Almighty God. You either align yourself with this or go your own way – be your “own” boss, as it were – and eventually crash and burn.

We can give this recognition of the delegated authority that flows from YHWH and His Son its biblical name – The Key Of David.

In Revelation chapter 3 we read of the Church of Philadelphia and the reference to the Key of David. This church is the Last Days Ekklesia that will walk in full manifestation of the authority that is in Christ. Philadelphia saints will walk with complete revelation of the Key of David. They will understand the importance of being shepherding leaders who gather in the lost sheep and raise them up to be shepherds.

Understanding leadership and functioning as authentic biblical leaders is vital to the church of the Last Days. YOU can be one of these leaders if you will qualify to be one.

Remember – if you are going to exercise any authority in any leadership role, you will do it cognisant of and in alignment with the authority structure of the universe.

Failure to comply with this is setting yourself up to be an incompetent leader at best and being a rebel at worst.

God wants you to understand and align with the biblical Key of David. Those who understand the authority invested in us as sons and daughters of God will be aware that using the Key of David involves doing and speaking things in the Name of Jesus.

Jesus has given us the authority to use His Name and function in His Name. This is your warrant and commission to lead.

Psalms 89 and 72 speak of the benefits and promises available to those who sit on David’s Throne. These constitute things you can walk in if you implement The Key Of David in your own walk with God and leadership role. 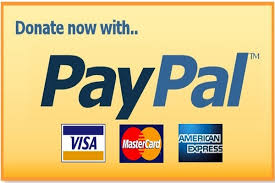